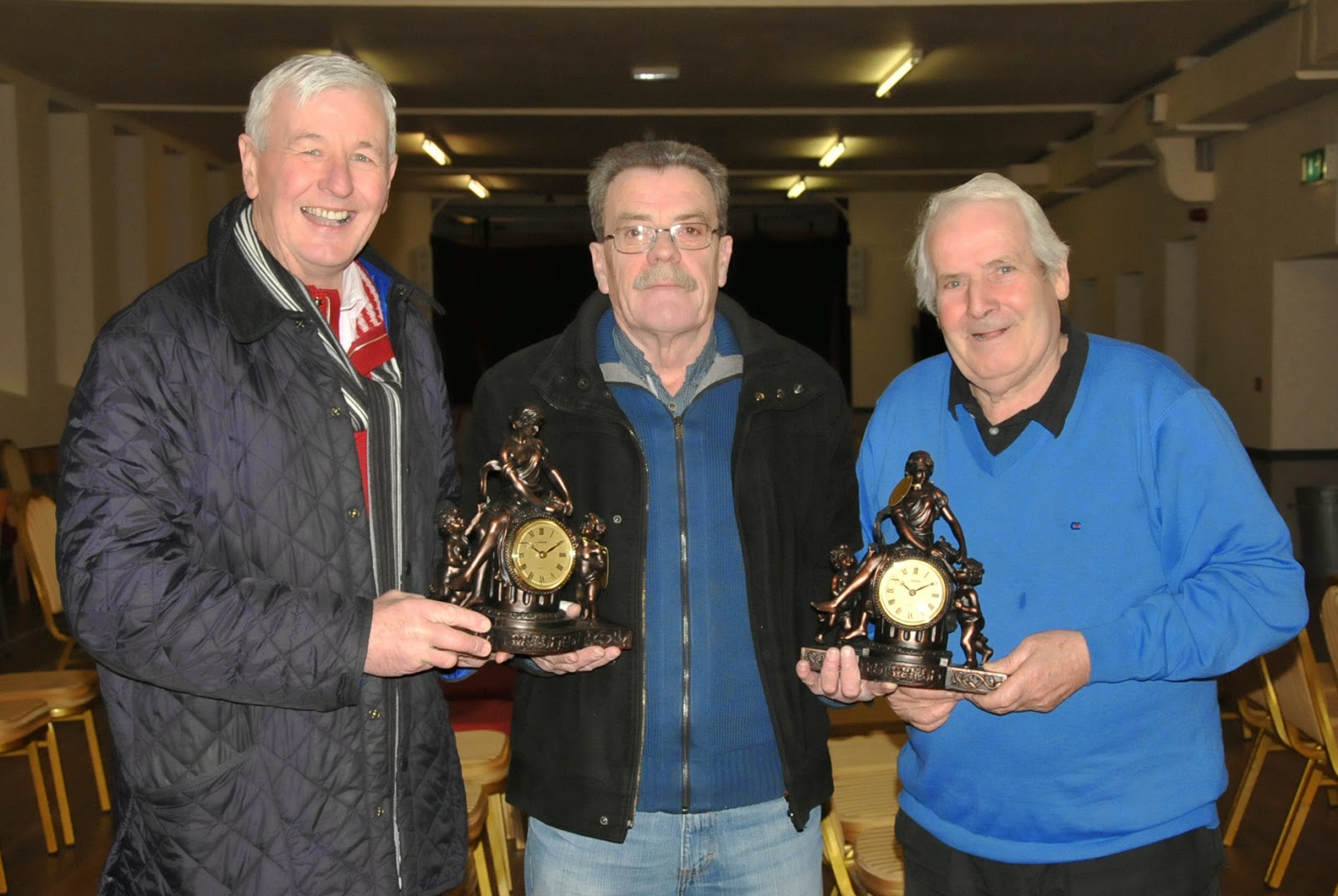 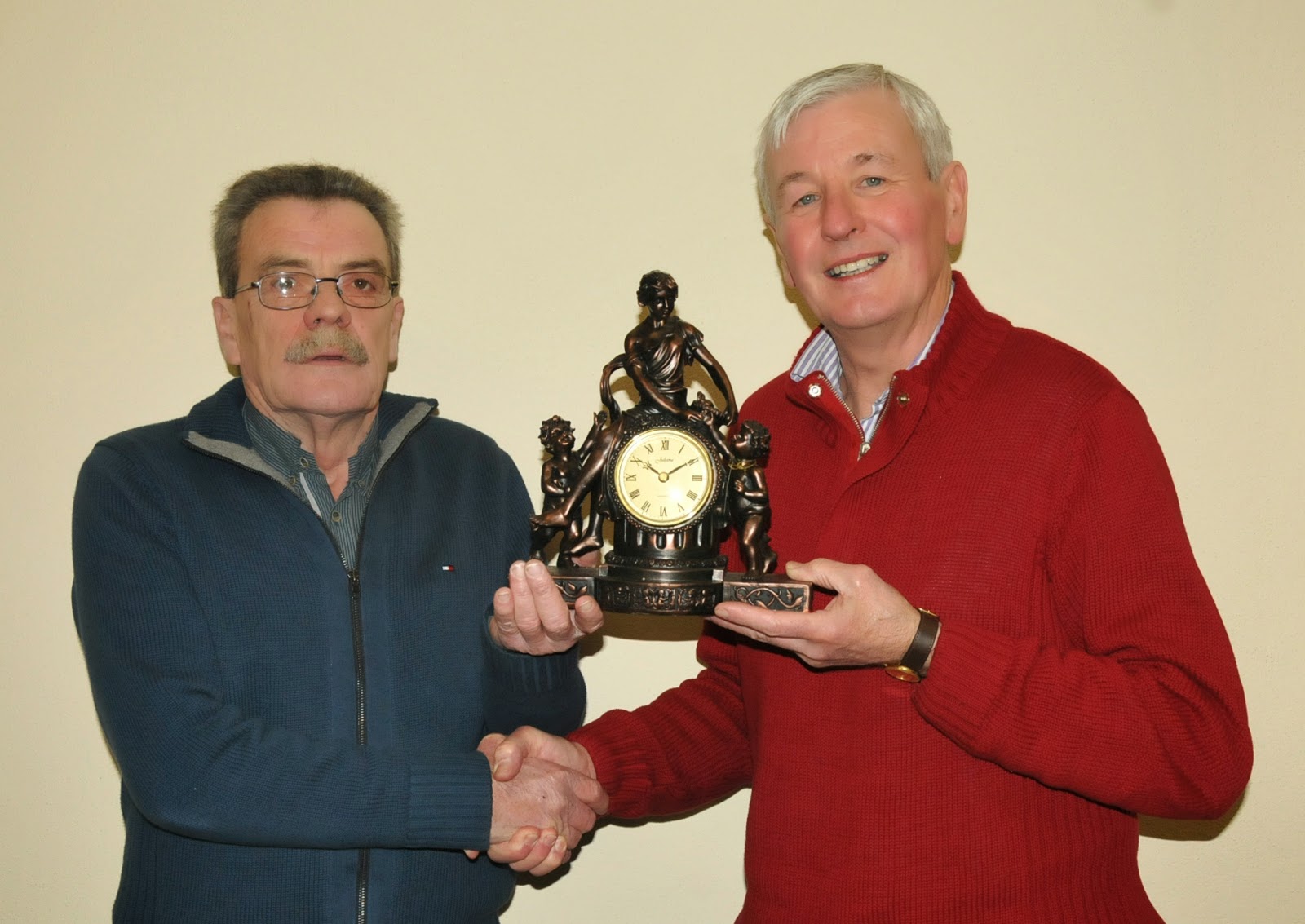 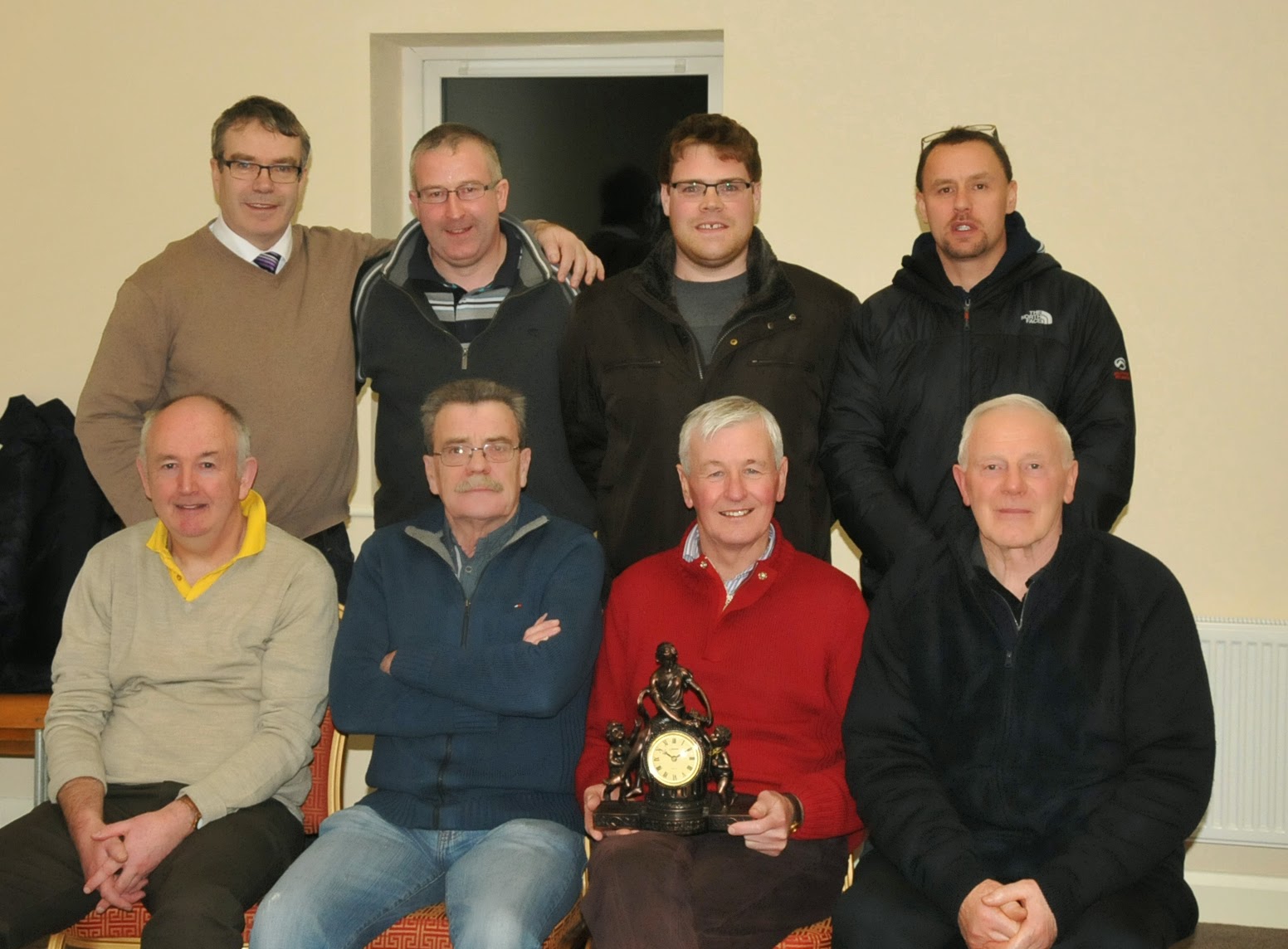 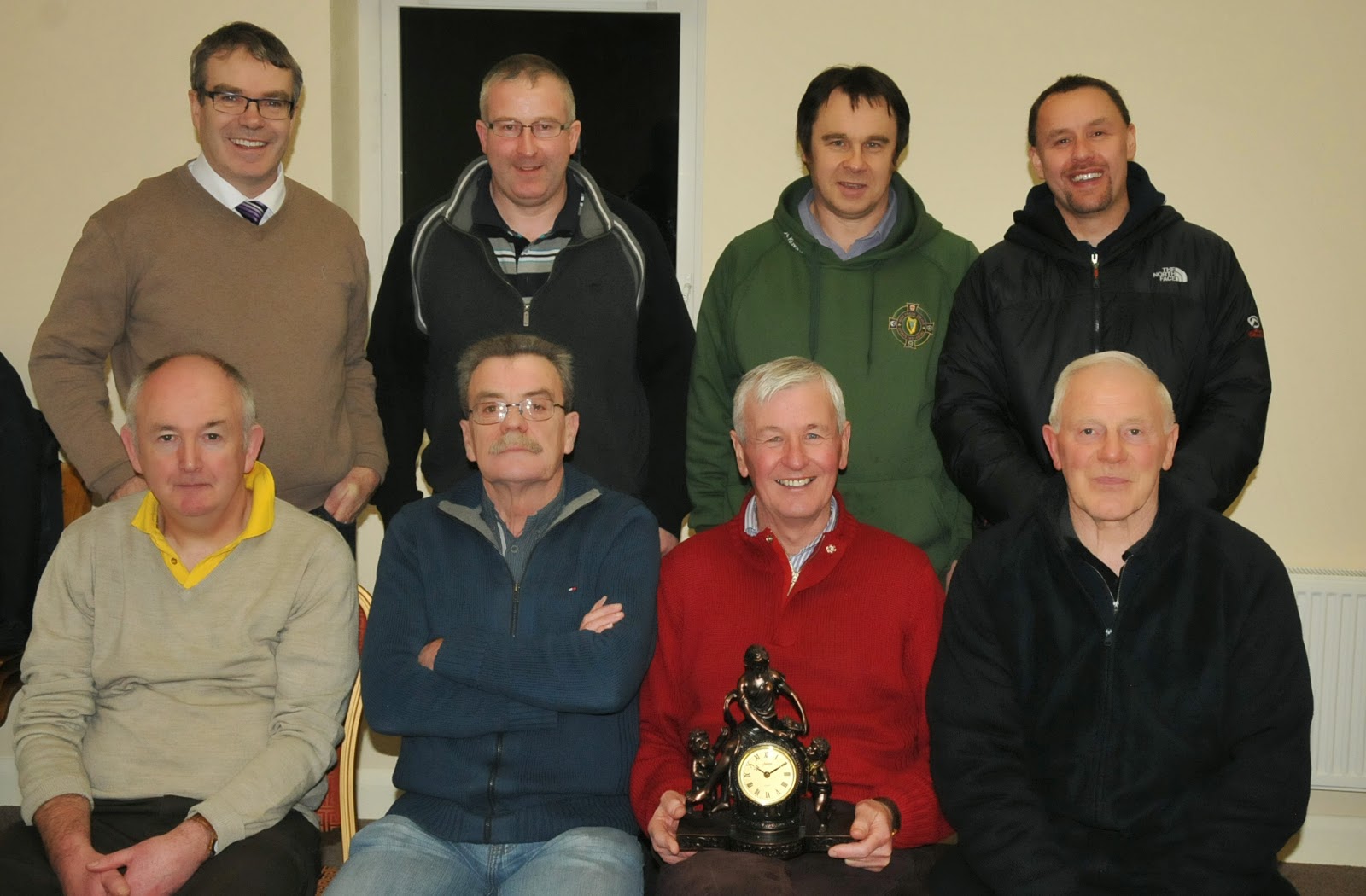 Vice-Chairman Peter Davey welcomed everyone to the historic meeting .  Despite the inclement weather conditions there was a good attendance.  Development  Chairman Hugh McGarry delivered another comprehensive report and updated the financial situation since the last meeting.

All of the €66,000 has been drawn down from Cleann Credo and this is due to be paid back within 7 years.

Hugh would like to see the Bingo bringing in more money as he said that €250 only helps to service the debt each week at €1,000 a month.  Hugh thanked each and every one individually of the Committee for their exceptional work.  It was a huge success story he declared.  Vice-Chairman Peter Davey congratulated Hugh on his report. Connell Cannon was also thanked for his up to date print out of the finances.  Chairman Brendan Carey was also thanked for serving over 40 years as Club Chairman

P.R.O. report
P.R.O. Michael McGee read out his report and congratulated All-Ireland  60 x 30 champions Paddy Walsh Over 70’s Singles & Shane Bruen Masters B singles & Doubles Champion on their achievements.   The opening of the 40 x 20 court at a cost of €200,000 was recalled by  the P.R.O. and Shane Malone and his team of Jimmy Kilgallon, Eamon Watters, Padraic Harte, Michael Harte & the Walsh brothers were thanked for their professionalism and high standard of work. P.J. Moran the architect & engineer on the project was also thanked.

Two of the club’s legends Paddy Walsh & Mick Kelly were given the honour of cutting the tape to mark the playing court open.  Michael McGee thanked everyone of the Committee for their outstanding work in the last few years.

He had special words of praise for outgoing Chairman Hugh McGarry when he described McGarry “as a tireless worker day and night and who did exceptional and stupendous work for us.  The work he did for us was immeasurable and incomparable,” said the P.R.O.

Peter Chambers brought it to the attention of 50/50 where people put in €2 and half of the takings goes to the club and the other half to the winner. This looks set to be introduced at the bingo in  the next number of weeks.

The P.R.O. would like to see more young players joining the club. The Club held an open day last December and was poorly attended and would like to see another open day take place. He asked for support of Club Coaches Stanley Harte, Shane Bruen, Paddy Walsh & Mick Kelly. “The club has to have a vibrant underage structure for future success.”  Members thanked Michael McGee for his report.  The Election of Officers took place and Peter Davey was elected Chairman.

Just before the meeting ended Peter Davey on behalf of the Club presented Hugh McGarry with a clock in recognition of his excellent and selfless work he has done for the club since becoming Development Chairman.    Hugh drove this project forward from day one and fought and fought and his speech in May 2012 at the sod turning will live long in the memory. “Stick with us and we will do it. If feidir linn. Yes, we can and yes we did.