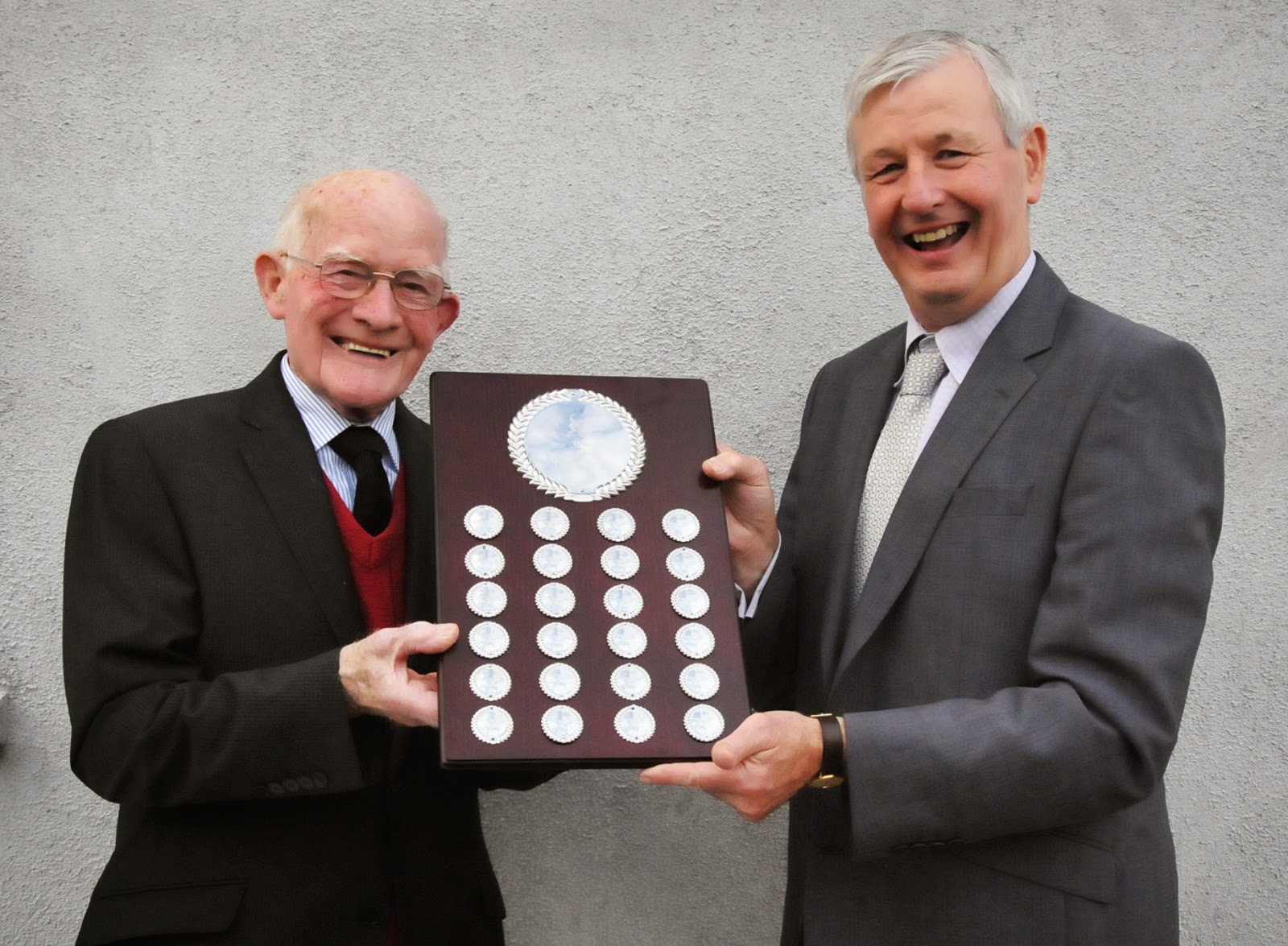 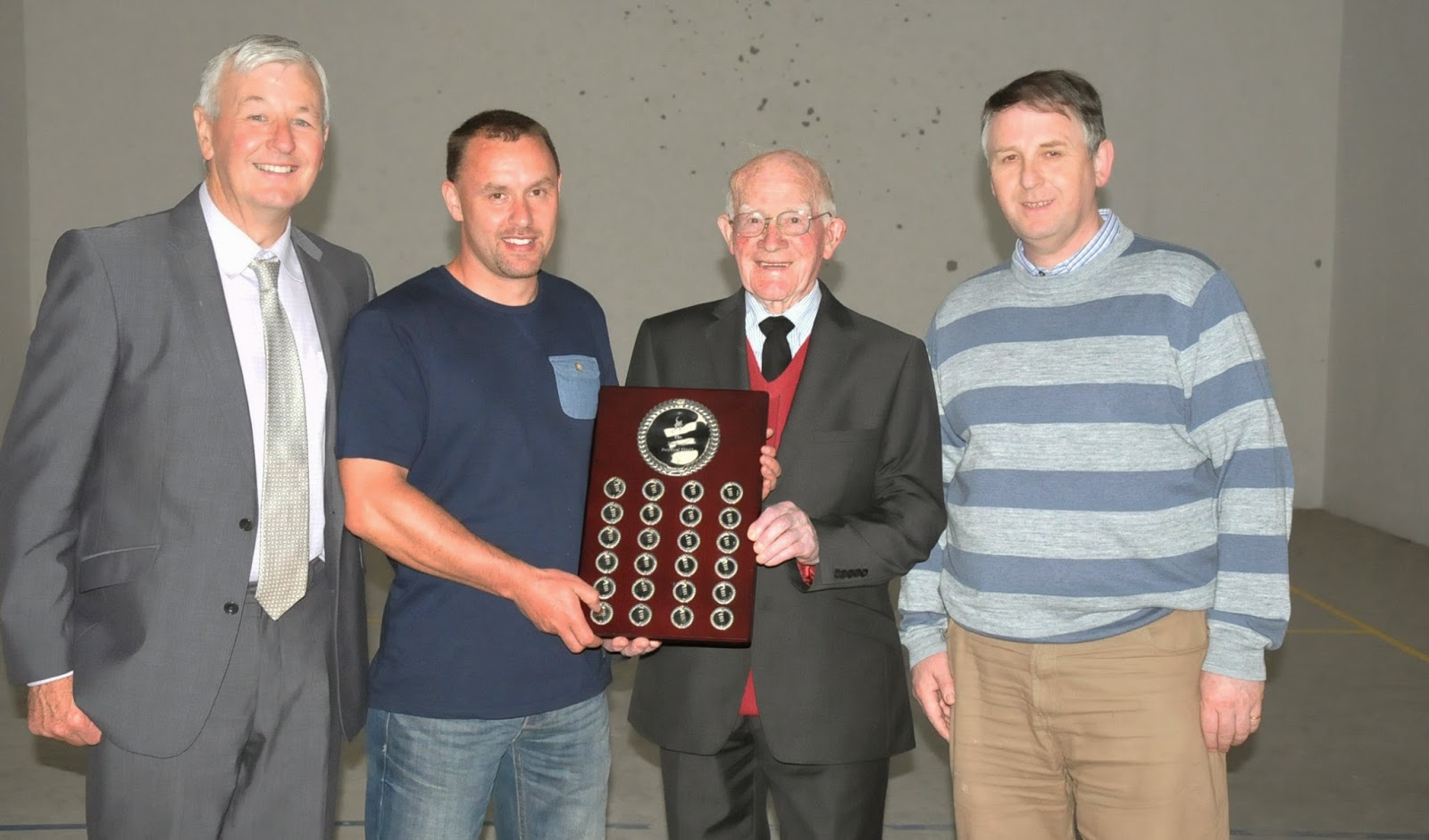 
Following on the historic opening of the impressive Collooney handball 40 x 20 court in late August the club was recently presented with the "Joe Bergin Perpetual Shield." The Bergin's were described by Collooney Development Chairman Hugh McGarry as "legends in the game." The brought great success to Collooney at club, County & All-Ireland level

At the official opening of the Collooney handball court in 1928 Joe & Paddy Bergin were residing in Tipperary played Jim Hunt & Eddie Perry from Sligo. In 1937 Joe Bergin partnered Michael O'Gorman to win the Junior Softball doubles All-Ireland title. And five years later in 1942 Joe Bergin and playing partner Stephen Bergin took on the Collins brothers from Tipperary Connie & Anthony. The Bergin's had already declared for Sligo. However as it turned out Tipperary took the All-Ireland from Sligo that day. It was an unique final as all four players were from North Tipperary.

"The presentation has come at a very opportune time with the emphasis on the opening of the new 40 x 20 handball court. The Joe Bergin Shield will be used for a Juvenile Tournament each year, and will herald a new era with a new batch of eager young handball players all aiming to win this prestigious Joe Bergin Shield. The club are indebted to the Bergin family for their very generous and welcome sponsorship, enthused McGarry."
Posted by Unknown at 18:37