Sligo handballers get K.O’d in Kilbeggan 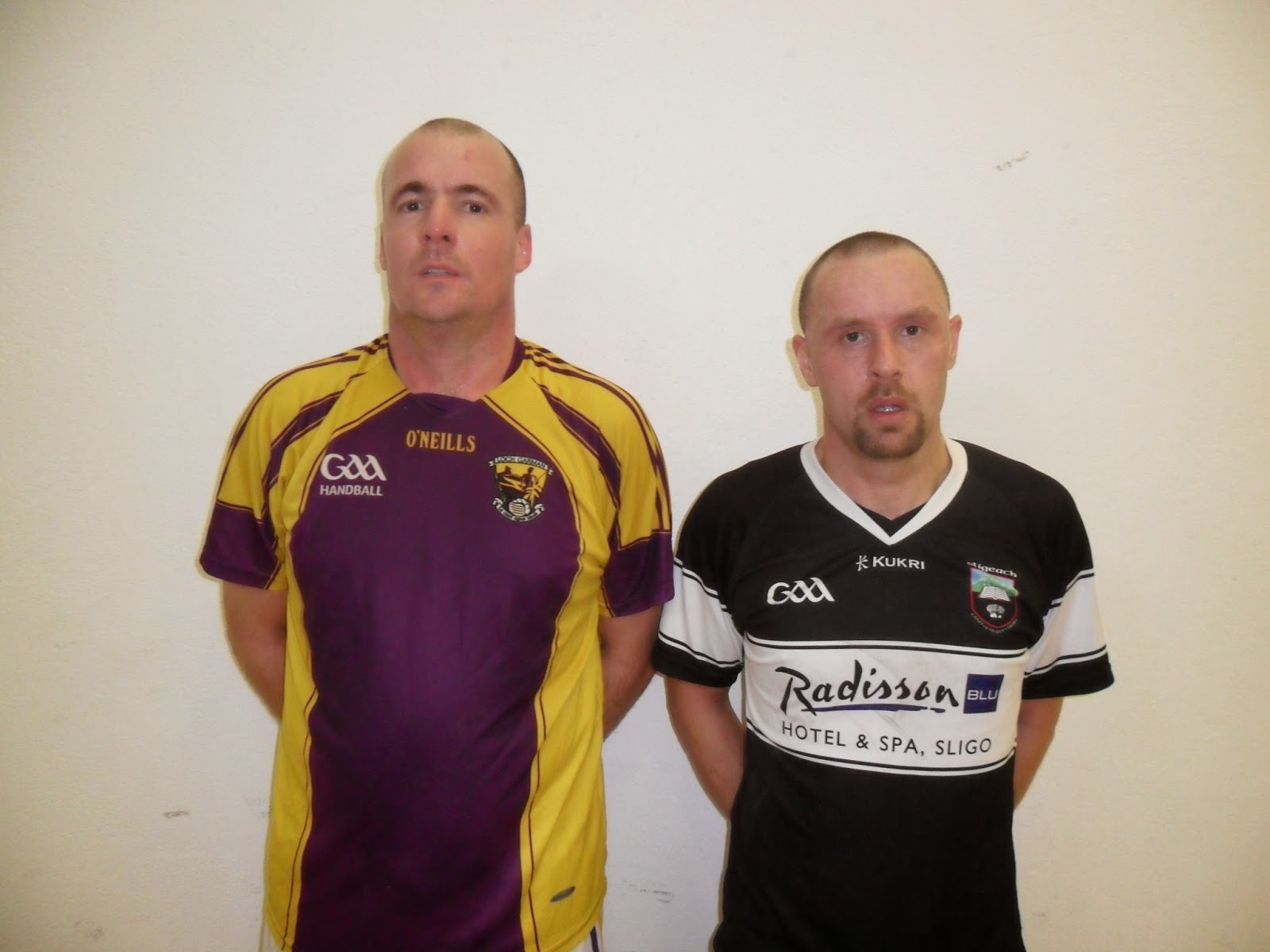 Sligo handballers get K.O’d in Kilbeggan

There was huge disappointment for Sligo handballers in All-Ireland handball 40 x 20 finals in Kilbeggan on Saturday, writes Michael McGee

Sligo handballers Shane Bruen Masters B singles & Paddy Walsh Over 70’s singles travelled to Kilbeggan in the hope of bringing home All-Ireland handball titles. Instead they hit a brick wall in the form of Wexford’s Barry McWilliams & Dubliner Ned Flynn

Shane Bruen was first into action but a whirlwind start from the Wexford man seen him take a firm grip in proceedings going into an unassailable 15-2 lead. McWilliams a 6’ 4” man mountain controlled the centre court and Bruen faced an uphill battle right from the start. McWilliams took the opening game all too easily by 21-3.

Trailing after the first game demise, Bruen to his eternal credit battled back from the brink. Most players would have faded away under the McWilliams onslaught but Shane Bruen is made of sterner stuff.  The Yeats County man came out fighting like a true prized fighter and he gave his all to try to get back into the contest.  On the ropes, and under pressure he played his best handball. The Sligo man took the game to McWilliams and lead 10-7 in the second but noticeably it took a lot of energy to win the scores. McWilliams for his part was that bit more economical and won scores of the Sligo man more comfortably.  Instead of pushing on alarmingly Bruen’s comeback faltered. McWilliams from the Horeswood Club in Wexford managed to quell Bruen’s brewing storm.  McWilliams who trains regularly with Wexford senior county handball star Gavin Buggy upped the pace again leaving the Sligo man in his wake.  In the end McWilliams took the second game and the title back to Slaneyside by 21-11.  Disappointed though he is Bruen will undoubtably be back 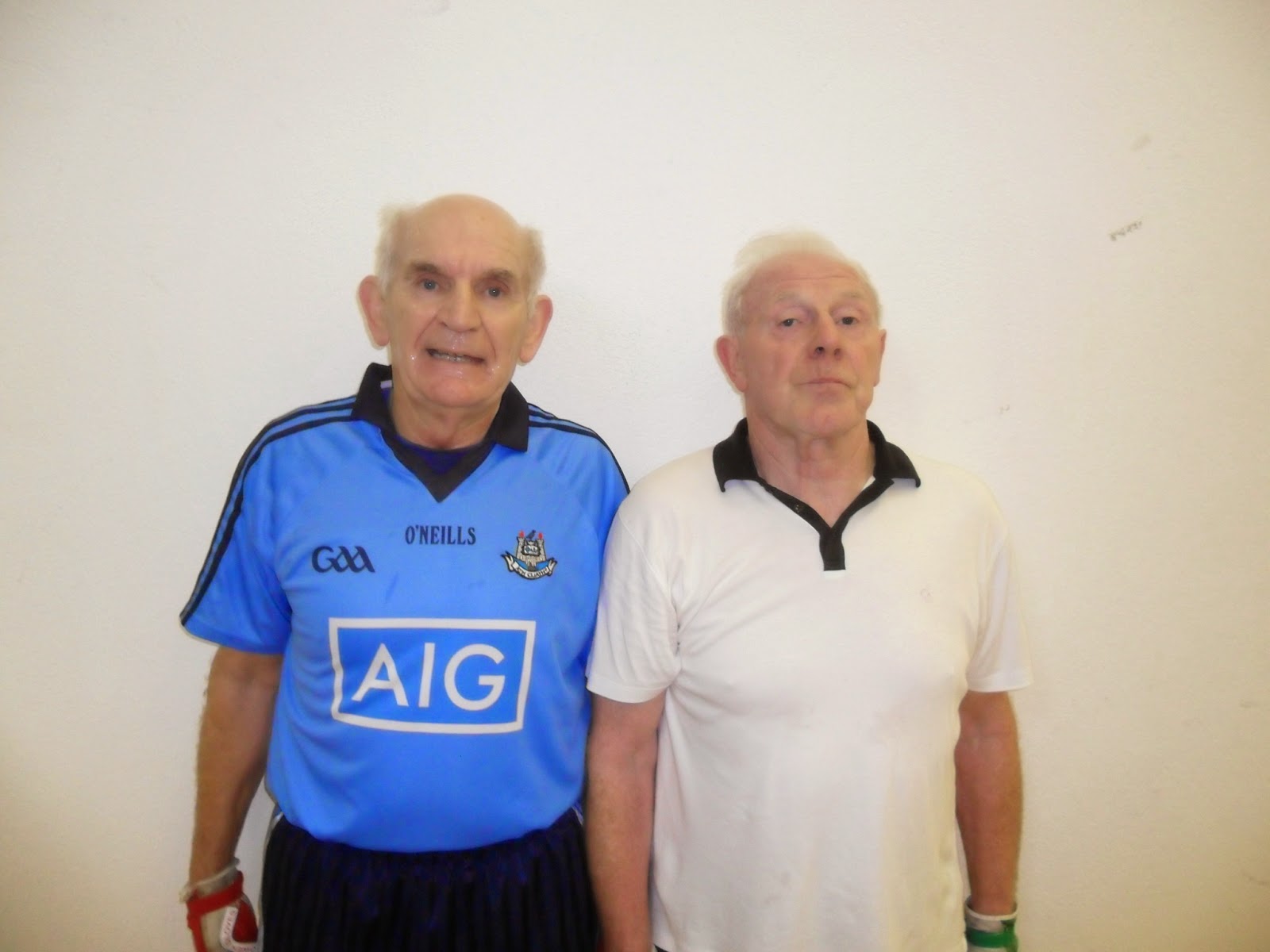 In the Over 70’s final the legendary Paddy Walsh was aiming for his 31st All-Ireland title. However his opponent in Dublin’s Ned Flynn was in uncompromising mood.  Flynn from the Na Fianna Club was always in control and Walsh was left chasing the game.   Flynn, the reigning Champion never allowed Walsh to get a stranglehold in the game and ran out a comfortable winner in the end by 21-10, 21-6.

Both players will turn their thought to the fast approaching 60 x 30 season. Following his 2014 heroics Shane Bruen who won both All-Ireland Masters B singles and Doubles titles in the 60 x 30 will face the cream of talent at this level in the A grade and will find it tough, while Paddy Walsh is the reigning champion in the 60 x 30 court will fancy his chances of retaining his title.

(Photos with thanks to Seamus Duffy)
Posted by Unknown at 19:50