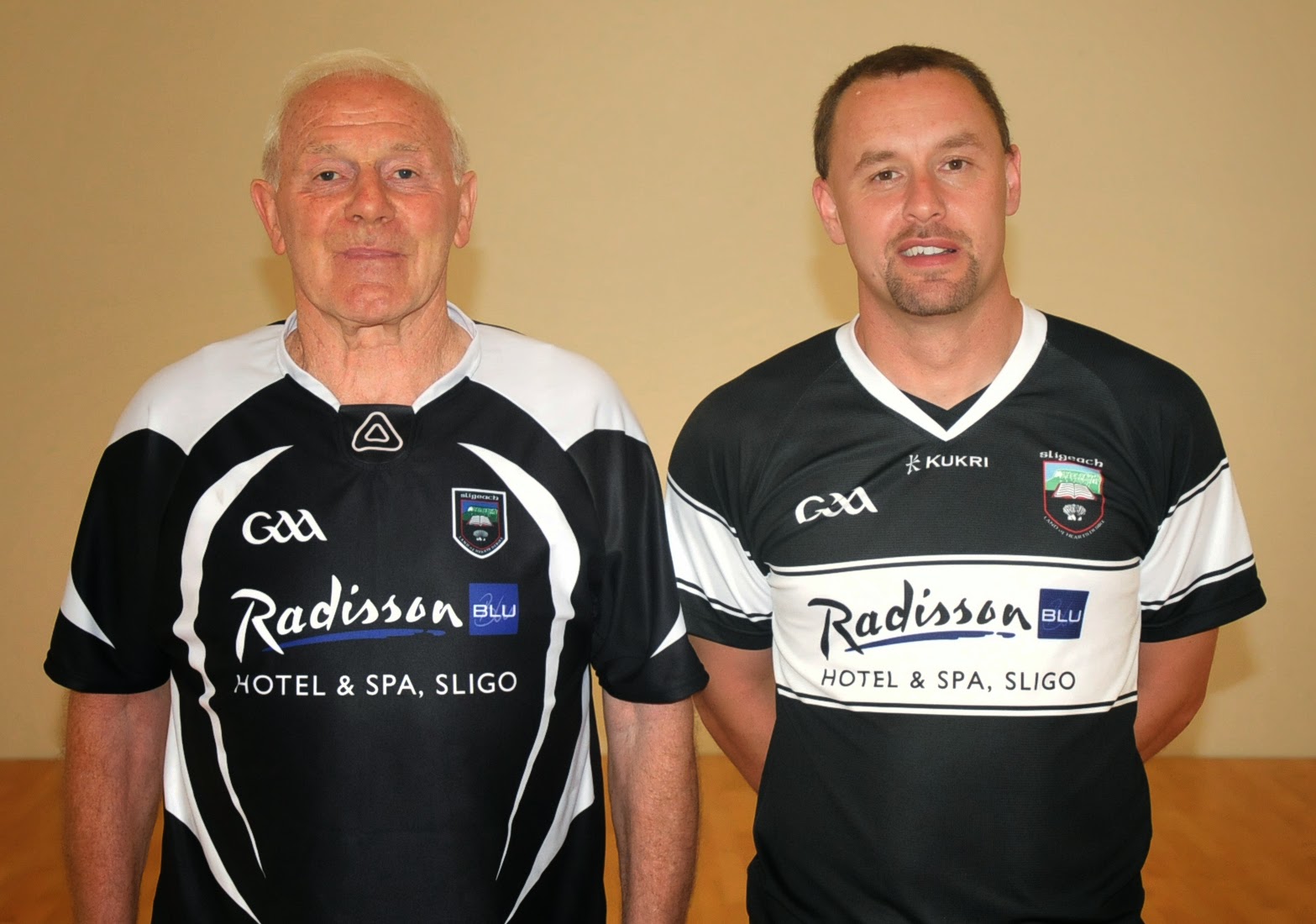 Bruen gave a solid and impressive display with victory over Mayo’s Michael Ginley thus winning the Club’s first Connacht title of the year .  The versatile Collooney club man was composed throughout and powered his way to a straight sets victory over the Bofield club man. Bruen  won both All-Ireland Masters B singles & doubles 60 x 30 titles last year is now a serious contender for outright glory in the 40 x 20 court at Masters B level

Collooney didn’t have long to wait for Connacht handball title number 2 with The Legendary Paddy Walsh at  just 74 years of age continuing to defy time with another stunning  performance.  Walsh who was a serious doubt just hours before the game with a painful shoulder injury gave a virtuoso display.  In a pulsating encounter Walsh took the opening game by 21-12.  In the second Galway’s Peter Mulryan fought back strongly winning by 21-16.  Walsh’s legendary determination and his indefatigable will to win came to the fore in the deciding game. The Sligo man was hungrier and more focussed giving another master class display winning the final game by a huge margin 21-2.

Collooney players will be involved in 3 more Connacht doubles finals. Up first is the Junior C Doubles  with Gerry Coleman & Michael Bruen into another Connacht  doubles Final.  The duo are knocking on the door for the past few years without actually finding a way through. In their semi-final  contest after a shaky start the Bruen & Coleman  combination  weathered the storm and began to take control playing controlled and incisive handball along the way to an exciting 18-21, 21-8, 21-8 win over  Roscommon’s Alan Mannion & Robbie Kelly.  They again will need to produce the goods against Galway’s  Michael Rianne & Chris Connaughton.  Curraghboy may just be the venue for the historic breakthrough for Bruen & Coleman

In the following match sees the Emerald Masters doubles pairing of Michael McMorrow & Michael Murphy take on the experienced Frank Macken & John O’Mallley.  McMorrow & Murphy are a new partnership and as yet untested having received a bye in their semi-final.  Macken & O’Malley already had an successful outing  in the championships having beaten Galway’s  Pierce Lalor & Willie Corcoran in their semi-final.  Murphy is making a welcome return to handball and the Castleconnor club man will relish getting into competitive handball after a lengthy lay off from the game. Michael McMorrow is training hard with the likes of legendary Sligo player Paddy Walsh putting him through his paces. McMorrow an All-Ireland 60 x 30 doubles champion with John McLoughlin in 2011 will be hoping for a repeat of the glory days in the smaller 40 x 20 court. It remains to be seen have the fledging Sligo partnership done enough work to compete against the battle hardened Macken & O’Malley. The greater experience by Mayo,  may win the day but McMorrow & Murphy have nothing to lose and will give it everything in the  Sligo colours.

From one doubles team starting off to another combination who already tasted All-Ireland success.  The Masters A doubles team of Shane Bruen & Martin Cooney had an unbelievable 2014. Cooney won 3 titles, the Silver Masters  B  40 x 20 singles and followed this up winning the Silver Masters B singles 60 x 30 title and Masters B doubles with Shane Bruen. Shane also won the Masters B  60 x 30 singles for good measure.
Cooney was recognised by the Connacht G.A.A Council at their recent annual prize giving awards ceremony in Castlebar for winning 3 All-Ireland handball titles in 2014.  The step up to the A grade does not seem as undaunting  for the duo who are well capable of making a big impression in the A grade. Their opponents are from the nearby Bofield Club. Mayo’s Jason Judge & Patrick Foy were All-Ireland Masters B doubles champions in 2013. The final has all the hallmarks of going the distance and don’t be surprised if this one goes to a tie break to separate them.   Bruen who had a fantastic win in the singles last weekend will be eager to take the doubles also.  Bruen  & Cooney get the nod to herald their entry into the A grade with a Provincial title at their first time of asking.