To mark the achievements of club players Shane Bruen & Paddy Walsh winning All-Ireland handball titles this year the Collooney handball Club made  special presentation of Galway Crystal to club handball champions. In what was one of the best years ever for Sligo handball at adult level with 6 All-Ireland titles coming to the Yeats County.

Paddy Walsh at just 73 years of age claimed his 30th All-Ireland title with a hard fought win over great rival in Dublin's Mick O'Brien by 17-21, 21-14, 21-1 in Crinkle. From a man winning his 30th to Shane Bruen winning his first. Bruen's long wait  for an All-Ireland medal is over. Bruen won both All-Ireland Masters B 60 x 30 singles & doubles titles. Bruen defeated Wexford's  John Roche 21-17, 21-9 in the Na Fianna Club in Dublin. One week later Bruen was back in action in the doubles with partner Castleconnor's Martin Cooney. Bruen & Cooney came through  with an  excellent 21-18, 21-10 victory over Wexford's John Roche & Damien Kelly played in Crinkle. 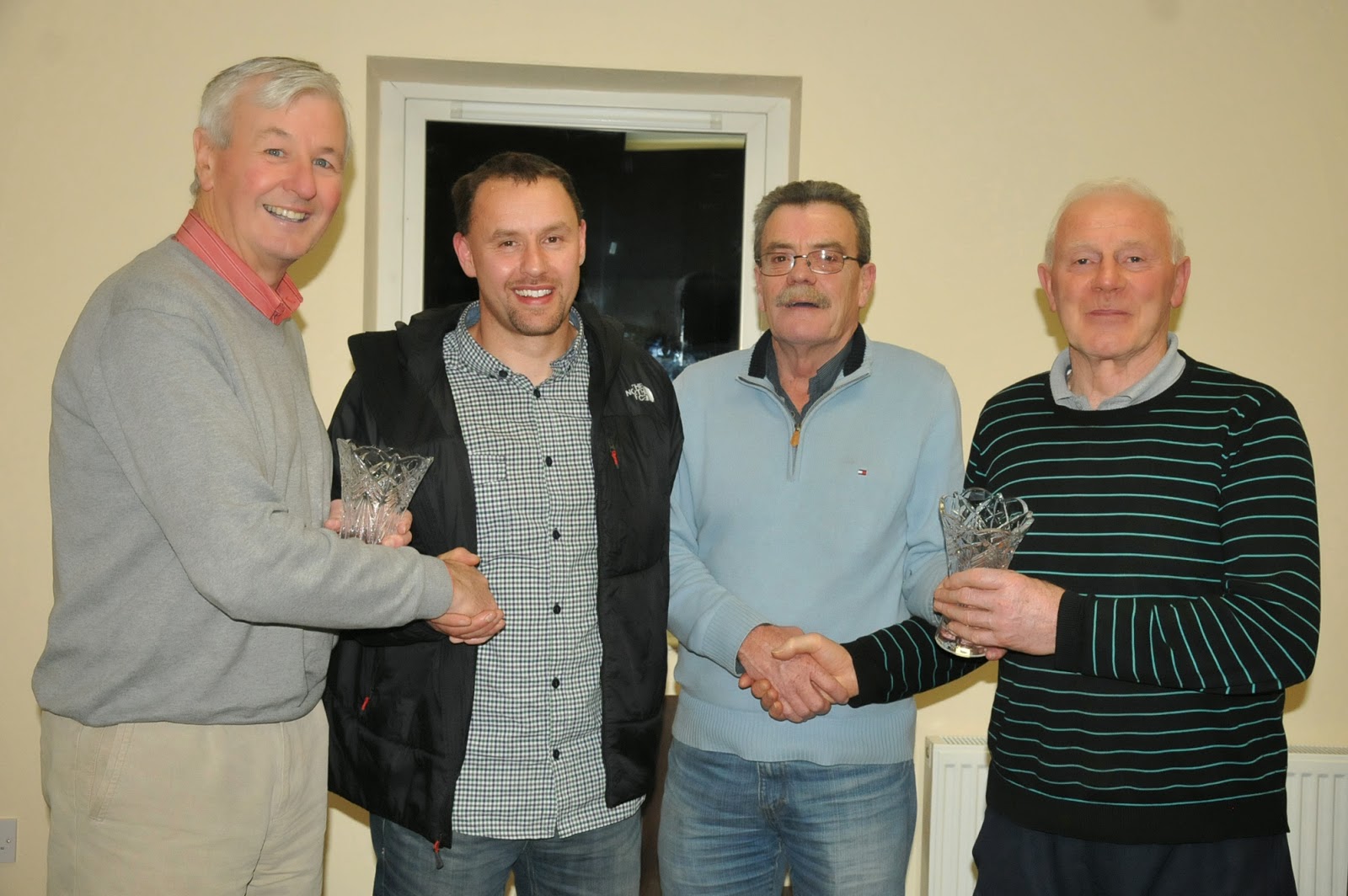 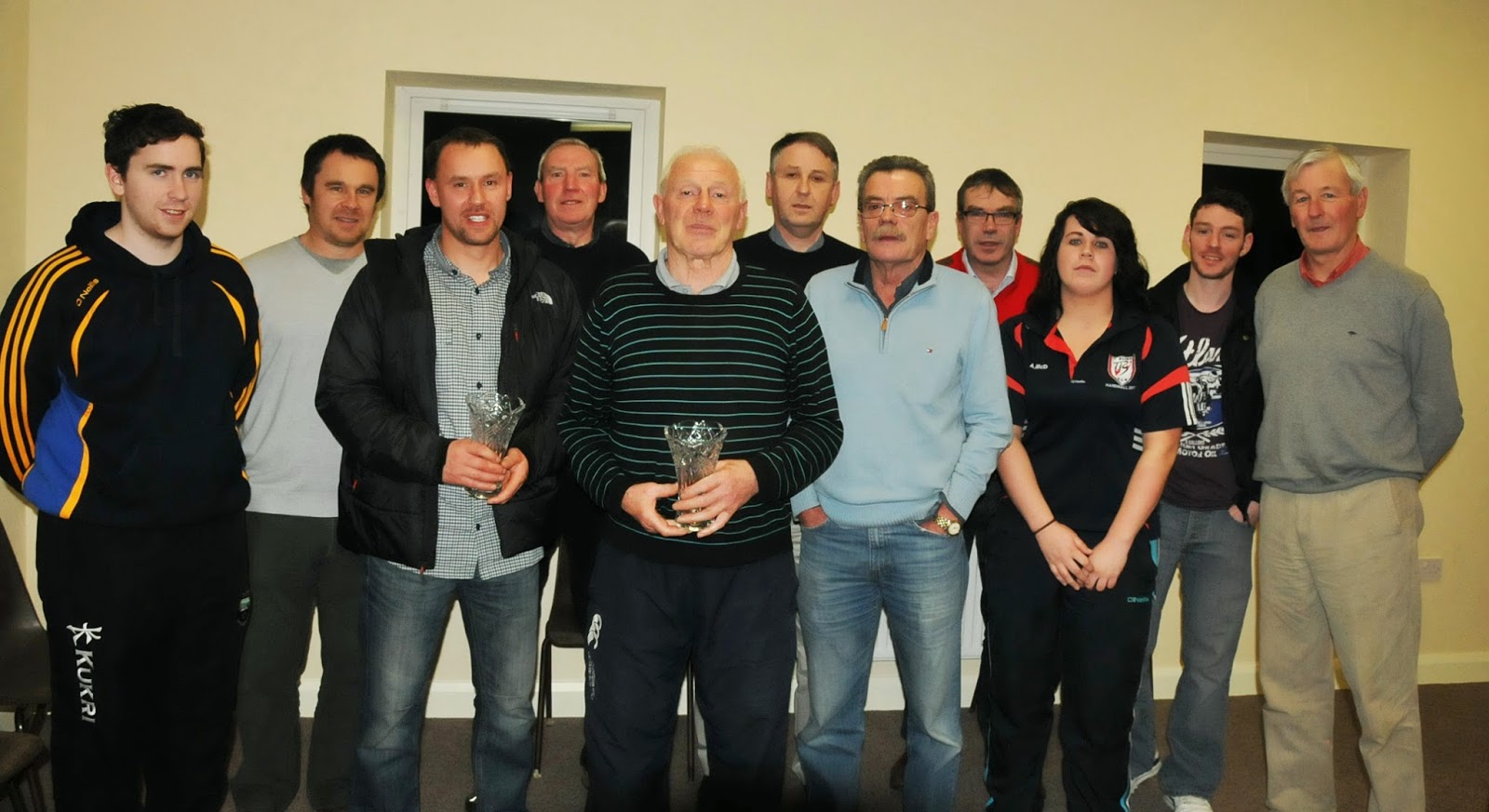